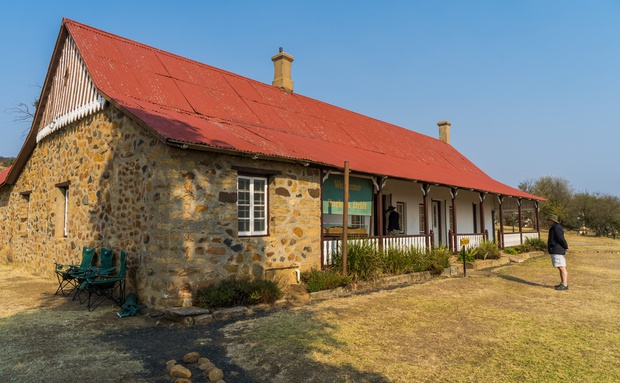 As the "cradle of mankind", Africa offers some of the richest human history experiences on the planet.

Whether it's military history, colonial history, indigenous history, culinary history or some other genre that you're interested in, Africa has something for you.

You may have already read scholarly articles about history in Africa.  Most have seen at least one film that purports to tell some part of the story.  Films such as Zulu (1964), The Gods Must Be Crazy (1980), Cleopatra (1963), Hotel Rwanda (2004), Out of Africa (1985), The Last King Of Scotland (2006) and A United Kingdom (2016) all have their critics regarding their authenticity.  Certainly, the earlier movies have a distinctly European gaze.

Whilst it's always been true that history is written by the victors, we have found our visits to famous sites, such as Rorke's Drift, Isandlwana, Kolmanskop, Entebbe Airport, Blixen's Farm, Soweto, Zanzibar and Ol Pejeta House to be fascinating revelations.  We travelled to each of those places with historians who help visitors gain a balanced view of the local history.

Possibly the most revealing experience was a visit to Isandlwana and Rorke's Drift, the setting for Zulu (1964).  As guests of the legendary Rattray family, we learned a great deal about the realities of that famous battle from both sides.  Indeed, our guide at Isandlwana was a descendant of one of the Zulu warriors.

Similarly, a trip to Great Zimbabwe is a fascinating experience.  The first European record of these ruins was made by Portuguese Vincente Pegado in 1531.  For the next 400 years, most European scholars, pressured by their political benefactors refused to acknowledge that such a large, elaborate and complex structure could have been constructed by indigenous Africans.  Consequently, many fantastical theories were developed to explain their origins.

Many similar fantasies have been offered to explain The Sphinx and the pyramids of Egypt and Sudan.  (Did you know there are more pyramids in Sudan than in Egypt?)  Again, travelling with a historian helps to understand such wonders.  Whilst in Egypt, you must visit the Grand Egyptian Museum, just 2 kilometers from Giza.  The colossal building, scheduled to open in late 2021, has a floor area of 92,000 sq m.  The collection will include the entire Tutankhamun collection.

History experiences can be day trips included as part of your itinerary, or a complete itinerary focused on the history of one or more countries.